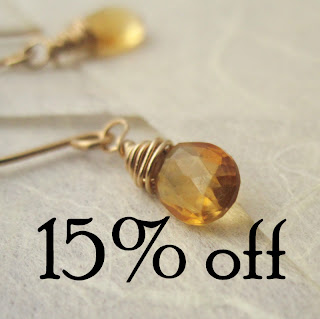 I'm having a sale!

I'll be running a series of discounts in November too, so keep your eyes peeled on my blog, facebook or twitter.

This weekend it is 15% off everything on Etsy! Hurray!
All prices adjusted so you are all set to shop away :) I have been a bit quiet on the food blogging front lately, I have been baking and making new things but the dark evenings are making food blogging difficult. There have been rhubarb buttermilk cakes, cupcakes, a couple of tarte tatins and the best custard ever, but sadly my camera wasn't a guest at these baking sessions!

These cinnamon roll cupcakes are a little bit different, and I couldn't wait to try them. So I had a day off and the light was good, perfect!

I've never been much of a fan of cinnamon rolls, often they are dry and the cinnamon far too over powering- and also covered in sickly icing which ruins the pastry. I always thought them hard to make because of making a dough and making them cook through just right.

I spotted a couple of cinnamon cupcake recipes whilst googling due to cravings, and they seemed easy and well... ever so cute.
It is not a cupcake as such, it is just cooked in a cupcake tin with liners. This means each roll cooks quickly and you have instant individual portions. Because the rolls are squished up nicely in the cake liner they rise upwards and you have lots of pretty little rolls. The recipe itself is fairly easy - you need time to wait around for it to prove and rest and you need to make sure you work it to a nice soft dough. After the first prove and the first rest you spread a wonderful mix of cinnamon, lots of sugar and butter onto a rolled out rectangle. Once rolled up and chopped into pieces you prove once more and bake in the oven. The cinnamon sugar crisps up on top and inside it caramelises for a lovely gooey caramel surprise.

You will eat at least two of these in a row when they are still warm from the oven, promise you.

Dissolve the yeast and half the sugar in the warm milk (whisking helps it combine), leave for 10 minutes til it is foamy.
Then add in your eggs, melted butter, rest of the sugar and the salt. Mix well then sift in your flour and cinnamon. Mix until it becomes more dough like and then knead for a few minutes til you have a soft and smooth dough. Cover with a tea towel and leave to prove in a warm place for 1 hour to 1 hr 30 mins - until the dough has doubled in size. After the first prove turn the dough out on to a board, roll it in to a rough rectangle, about 1 inch thick. Leave to rest uncovered for 10 minutes.

Roll out your dough til it is about 1/2 in thick, you want it to be rectangular so cut off the edges to form a rectangle - you can use the trimmings to make some more rolls after the first batch.

Mix together your cinnamon sugar filling in a small bowl then spread the mixture over the rectangle, leaving about 1 cm from the edge of the dough. If you have any leave over dough trimmings leave some sugar mix to spread on that.

Carefully roll your dough and sugar mix in to a sausage shape, cut in to 12 pieces.
Fit them snugly into some cupcake cases in a cupcake tin, you want big muffin/cupcake sized tin and cases rather than small fairy cake type ones.

Cover the cupcake tin with a tea towel and leave to prove for 30 minutes.
Once proved bake in the oven for 10 minutes til the dough is cooked through and the sugar bubbling away. Keep an eye on it as the sugar can burn quickly - some of mine caught slightly because I got distracted with jewellery things ;)

Leave to cool for a bit before eating, they'll be very hot.
You can also add in a cream cheese or simple caramel frosting, but they are just as good on their own! After much anticipation and waiting and impatient we dined at Le Gavroche on Tuesday. We were celebrating our first anniversary, we had planned it even before we got married which is kind of silly!

We booked for the set lunch menu which was very good value at £48 per person including half bottle of wine each and coffee and petit fours. Due to the attentiveness of the staff and the rather formal atmosphere I didn't take any pictures of our meal , save for the petit fours, but I can assure you they were beautifully presented!

To start we had champagne and were bought some pretty little appetisers. Some kind of soft cheese with quince jelly and pistachios on a little toasted cracker (I am not sure exactly what the cracker was but I don't think my explanation does it justice!) and celeriac remoulade in a pastry cup with a soft boiled quails egg. Delicious, I could have eaten the quince jelly all day!

After we had ordered our starters and mains we were presented with an amuse bouche - rabbit terrine with olive tapenade on a long very crispy crouton. I am not much of a fan of terrines in general but in a restaurant like this they are always good, the olive tapenade was extremely rich and worked really well.

For started I plumped for the herb risotto with veal belly, the risotto was different to any risotto I've had before. It was flavoured with light herbs and what I think was the roasting juices of the veal which gave it a really amazing slightly barbecued flavour - the fact that I have waxed lyrical about risotto before even going onto the veal shows you how good it was. The veal belly was so tender, small slices- crisp on the outside and soft on the inside served with the roasting juices/ gravy around the risotto - I've never had veal before and what way to start eating it!
My husband had salmon tartare which was served in a light cream sauce with caviar (the lucky sod!) on top. Obviously I had to try some so I could tell you about it, and it was excellent - light but creamy and very different to the usual salmon starters you find in most restaurants.

For main I ordered roast fillet of pollack with lobster jus and crushed potatoes - accompanied by the best cooked broccoli I've ever had, seriously, I think it was cooked in stock and was just right, not mushy but not undercooked. The fish was perfectly flaky, fresh and the lobster jus was really rich, unfortunately I was only treated to a single piece of lobster underneath my fish, more lobster please! Having said that if I had asked I am sure they would have bought a long a small bowl of lobster, damn I should have asked for more lobster.

Pork au poivre served with pomme mousseline, fondant caulifower and mustard cream sauce was the hubbys choice. Fondant cauliflower was something of a revelation, so creamy and well flavoured with a slight crispness on the outside, something I need to try making - which I may fail at. The potato was light as air and the pork cooked perfectly pink.

For dessert we both chose the Apple Charlotte with Calvados sorbet. Not being familiar with it I didn't know it was made with bread rather than pastry, being so crisp, sweet and butter I was sure it was pastry but no it was bread. The apples inside were cooked til soft and flavoured with spices, just right against the crisp outside. The sorbet was very strongly flavoured with calvados, almost like drinking it but with a nice creamy texture!

apologies for the fuzzy pic!
We finished with a cappuccino each, unable to continue drinking the wine, shameful! I'm not really sure how much we drank each as they like to keep your wine at the same level throughout, very precise service.
The petit fours were just lovely, I was aghast when I saw that the table next to us had disregarded theirs and left without touching them - awful!

We left feeling full, not stuffed, just right, and possibly a little tipsy. I want to go back right away, next anniversary maybe, although we are talking about visiting the Waterside instead, we like to plan ahead with our fine dining.... 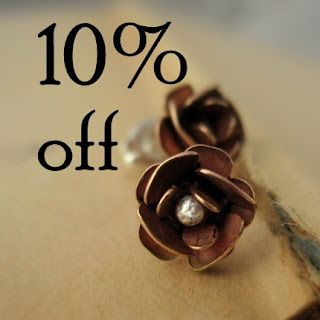 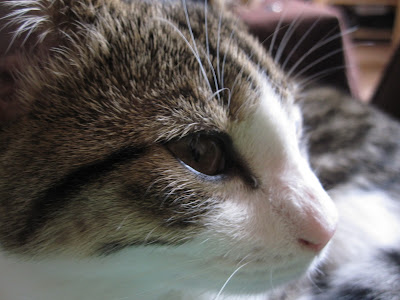 Bird Brooch by Buttercup Boutique
Some little things to brighten up your Friday, all on Folksy.

15% off Jewellery- Impromptu One Day Sale! 15% off all the pretties (excluding silly sale) in my Etsy shop today - and I found a really handy website that lets me adjust the prices all at once, so no more paypal invoices - all the prices are set to 15% off already.

Links to this post
Labels: 15% off, discount, etsy, sale

I recently bought lots and lots of new background papers for my jewellery, so I spent Sunday afternoon retaking a lot of photographs, I am hoping to do even more soon, but after 400 snaps I was a bit lethargic! Lots of new jewellery in the photography style coming up this week too. 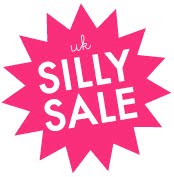 Today Etsy sellers in the UK are running lots of special offers in our shops in the name of silliness and bargains!
I will have FREE SHIPPING in my Etsy shop along with a $10 sale section too!
Everything in my shop has free shipping and here is a peek of the $10 sale: A very good time to stock up on Christmas gifts or to treat yourself before Christmas present buying begin. All prices are amended and free shipping applied. You can also search 'UK Silly Sale' on Etsy to find other bargains from my lovely UK friends.

I have been trying lately to actually finish other craft projects rather than buying supplies and letting them linger in my workbox! I bought some beautiful fat quarters from Callyco in Cambridge recently and I knew I wanted to make some bunting out of them. I looked at a lot of tutorials which involved hemming the bunting and double sided bunting etc etc, but I knew I'd never finish it so I went for a slightly more 'rustic' approach!

I sketched out a triangle flat with a square off top for the trim and cut out all my bunting triangles, 16 in total. I decided to keep the edges raw and not hem, being as they won't be handled a lot. Then I handstitched with contrasting blue thread onto white grosgrain ribbon. The cutting took about an hour and the sewing an evening in front of the TV - perfect!
I still have lots of fabric left so I think I will make some matching cushions for the bed. I am currently trying to keep the kitten away from the bunting, she does like bits of ribbon that hang down, cheeky thing!

I do love a good mosaic!

More of my autumn jewellery, all in my Etsy shop, some on Folksy and Dawanda.